What is Team Coaching? That’s a bigger question than you might think. Team Coaching is becoming increasingly important in this complex, fast-changing world of ours. Whatever kind of coaching we may be involved in, we need to understand what Team Coaching is, as well as what makes it different to what we already do.

Recently I’ve benefited from participating in CPD sessions on the topic, led by three seasoned successful Team Coaches. Whilst this post won’t be the last word on all things Team Coaching, what it will do is bring together five bite-sized insights from what I’ve learnt. Thanks Sandra Booth, Sheila Udall and Prof Peter Hawkins (as well as all the other participants) for sharing your wisdom.

1. Team Coaching is for successful teams

This isn’t as obvious as it sounds. It’s common for people to think Team Coaching is a form of development training, or it’s geared towards rectifying dysfunction. That’s not so. Sandra Booth was adamant that it’s purely for highly-performing teams that are already coordinating smoothly, but which are searching for ways to achieve a step-functional leap from being ‘good’ to ‘great’. If a team has skills gaps or problems with communication, relationships, leadership or anything else, then it’s not ready for Team Coaching. Any coach scoping out what has been introduced as a ‘Team Coaching assignment’ needs to be very clear on whether the team actually needs Team Coaching, or whether at this stage it’s really skills training or a Team Development intervention. If this is the case, then a proposal can be put together arguing for a phased approach, including development work which gets the team to a place where Team Coaching becomes relevant. Having considered the proposal, it’s then up to the commissioner of the work to decide whether or not to go ahead.

2. What a coach can bring to successful teams

Why would a highly-successful team need Team Coaching? After all, teams of such quality often consciously implement a coaching style of interaction which means the members of the team are well able to coach themselves. 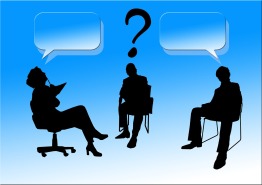 All that is true. However, the best of such teams know that it’s easy to fall into ‘group think’, and that step-functional change often occurs as a result of small shifts in perception. Here’s where the input of skillful Team Coaches comes into its own. A Team Coach can provide sufficient provocation to challenge the team’s conventional thinking. The team members do the talking, whilst for the most part the coach acts as an observer and a listener. Providing that feedback platform and a mirror via which the team can gain an independent ‘outsider’ view of itself, are the key inputs a Team Coach can provide to successful teams. This creates the space for the kind of perceptional shifts the best of teams are continually seeking.

You may already be sensing that Team Coaching is by no means a walk in the park. Ideally the team being coached will be no more than six members strong, but even then it’s incredibly taxing (if not well nigh impossible) for one individual to listen and observe with the consistency and concentration that’s necessary to facilitating real change. That’s why Sandra Booth recommends that in general Team Coaches should work in pairs. One ‘leads’ the sessions, whilst the other carefully observes. What is that observer looking for amongst the team members? Feelings. Degree of openness, honesty and genuineness. Emotions expressed fleetingly in changes in body language, vocal tone or facial expression. Hints of sticking points. There are many things that are barely tangible, but which can hinder a successful team’s journey to becoming great. Such ‘Team Coaching teams’ need to understand each other very well, be agile, and be able to coordinate smoothly in ‘going with the flow’. This is in itself a tall order, and anyone interested in moving into Team Coaching would do well to think about this element very seriously first.

4. There’s more than one form of Team Coaching

Sandra Booth emphasised the importance of facilitating the team members in contracting for working effectively together in the coaching. 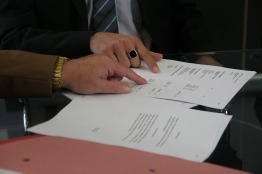 The coach might present some standard elements without which a ‘Team Spirit’ of trust, openness and honesty cannot be created, as well as ask the team to put forward rules that have particular importance for them. Trust needs to be built, and that means exploring expectations, being consistent, and team members being able to speak in confidence and to disagree in private, whilst maintaining a united front outside the group. The advantage of taking time to contract ground rules is that it helps reinforce team solidarity, and it provides a positive blueprint for interaction which can be invoked whenever it’s necessary to do so. The kind of core ground rules that would be of the most value might include working in the spirit of:

So there are my 5 bite-sized insights into Team Coaching. I hope you found them useful, and would welcome your own input.