The signs are all there. The ones you see are bad enough – people’s eyes glaze over, they turn away, and if they’re in groups, they may even scatter. The ones you don’t see can be even worse – people rolling their eyes or looking up to the heavens when you approach, the gatherings you no longer get invited to. What am I talking about?

The effect of trainee coaches on those around them…

But coach training can’t have adverse effects, can it? Think about it. Has a relative or friend ever trained as a coach? What happened? Has anyone in your organisation told you their friend or colleague suddenly changed shortly after starting a coach training course? That they could no longer engage in a normal relaxed conversation? It may not happen every day, but I’ve heard this story a little too often for comfort.

Coach training programmes are increasingly popular. Extending knowledge of coaching skills is entirely admirable, but unfortunately, without care, such training  (at least in the shorter term)  can turn some individuals into ‘coach botherers’. Colleagues, friends and family can no longer interact with them in a ‘normal’ way.

Everyone becomes a guinea pig on whom to try out newly-acquired coaching tools; every conversation becomes an opportunity to ‘facilitate’ the solution to a ‘problem’ the other person didn’t know they had. You get the drift…

It’s too easy to say this occurs because the trainee is just not up to the job. Whilst it’s true not everyone’s cut out to be a coach, in my experience that’s probably not the main problem. Having thought about this at length, I’ve concluded that there are other reasons, reasons that programme deliverers can anticipate and deal with – if they factor this issue into their programme planning. It may not be the first thing they’d think of. But it is significant. The professional image and reputation of coaching could otherwise easily be dented.

Let’s take a closer look at one or two of those reasons.

1. The need for coaching practice     It goes without saying that trainees need opportunities to practice their new skills.Training provision should incorporate plenty of peer practice, with specific sessions for peer coaching, including the role of ‘observer’ to increase learning. But trainees very soon need to start working with people outside the course context. They will ultimately need to find coachees to help fulfil coaching hours requirements. And it’s here that the ‘coach botherer’ issue rears its head. 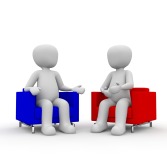 How trainee coaches gain their experience is important. Where training is given in or for organisations of sufficient size, part of pre-course planning and negotiation might include means of creating a pool of ‘practice coachees’. Where this is not possible, it must be made clear before the course starts that finding coachees will be a key duty of the trainees themselves, which they should begin to work on as soon as possible.

In either case, it’s absolutely essential to have a conversation early on about how to engage with people (however sourced) for the purposes of ‘practice’. Bringing the issues out into the open will go much of the way to helping trainees avoid behaviours that can result in loss of goodwill and potential loss of friends.

2. Coaching practice etiquette     So what should trainees be told? Most importantly, that coaching is consensual. It’s rude, and in some circumstances unethical, to go into ‘full coaching mode’ without being up front and asking the other person for permission. ‘Victims’ of trainees usually become uneasy due to sensing, rightly or wrongly, that something surreptitious is going on. For whatever reason, the trainee ceases to genuinely listen, and the reason for the conversation seems to have morphed from interested exchange to ‘problem-solving jamboree’ geared to the trainee’s needs more than the ‘victim’s’. Though he or she may not say so, the ‘victim’ can feel exploited.

This can be avoided. The trainee coach should try explaining briefly to colleagues and friends about the coaching course and ask for help in practising the skills. And stick to only using ‘coaching mode’ at the times agreed. Friends and colleagues are usually prepared to help when asked. Some might even volunteer to be coachees when the time comes. If everything’s up front and clarified, friendship will be preserved along the way. 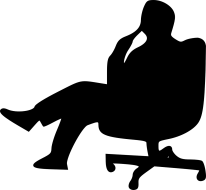 3. Understanding personality type     Some personalities are much more ‘directive’ than others. Some individuals are more reflective than others. That’s fine. But when it comes to coaching, trainees need to understand firstly, that there is a Spectrum of Coaching Skills, and secondly, that it is the job of individual coaches to engage in deep self-reflection to tease out which skills come naturally to them and which need strengthening. The skills* range from the Directive (solving someone’s problem for them) to the Non-Directive (helping someone to solve their own problem), and those individuals who are accustomed to a more Directive or ‘instructional’ way of interacting can struggle with the emphasis on Non-Directive skills that is the essence of coaching.

What am I getting at here? Well, in my experience it’s generally individuals further towards the Directive end of the Spectrum who are most likely to become ‘coach botherers’. Until the more Non-Directive skills and capacity for self-reflection have been developed, these individuals tend to be too ‘Directive’ in interactions which they may be trying hard to conduct along Non-Directive coaching lines.

What to do? Well, trainers should be sufficiently sensitive to pick up on this tendency in an individual during the course, and sufficiently skilled to help the individual understand exactly what they need to work on as well as when the Directive mode inappropriately kicks in. Trainees such as these need to be very up front in requesting help from friends and colleagues. No-one expects perfection, and transparency means the trainees are less likely to cause offence than they would using ‘coaching mode’ unannounced.

So, be aware of your personality type and be up front      Coaching is powerful, and coach training can be transformative. With planning, clarity and openness, coach training need not mean learning the art of losing friends.